You can see the highlights below as well as the full press text about the more specs of Canon EOS R5.

Expect next round of new features & specs to be announced on April 13th, 2020. 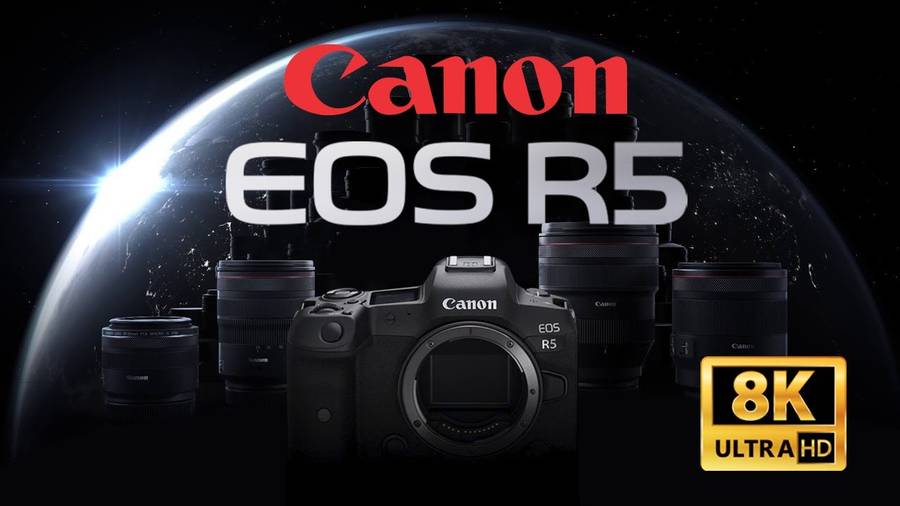 Sydney, AUSTRALIA, 13th March 2020: Canon INC has today released further development specifications for its recently announced Canon EOS R5, the next-generation full-frame interchangeable lens camera in the company’s EOS R System. These additional details come exactly one month since Canon released the development announcement of the EOS R5 and shut down speculation that some of its revolutionary specifications are ‘a fantasy’.

New possibilities for movie performance
Unleashing new possibilities, Canon Inc. confirms the EOS R5’s video capabilities will exceed that of competing cameras on the market1. With its ability to internally record 8K using the full width of the sensor at up to 30p, the latest Canon EOS R camera is set to redefine mirrorless with its market-leading features. In addition, in all 8K modes the EOS R5 will support Canon’s renowned Dual Pixel CMOS AF.

A beast for subject detection and tracking performance for animals and people
Canon Inc. also confirms the EOS R5 supports advanced animal AF – recognising dogs, cats and birds, relying not only on the eyes of the animal but also the face and body for situations when the eyes are not visible.

Jason McLean, Director – Consumer Imaging & Services, Canon Australia, said: “Our EOS 5-Series was developed fifteen years ago to make full-frame cameras accessible to consumers, not just professional shooters. Today, that purpose remains steadfast as we continue achieving the ‘impossible’ to deliver the hybrid needs of content creators who are demanding uncompromised performance to generate more still and motion visual content than ever before.”

“With its game changing 8K movie capabilities, new approaches to image stabilisation, revolutionary subject detection, and compatibility with Canon’s full suite of EF2 and RF lenses, the EOS R5 represents a category revolution as opposed to product evolution in the interchangeable-lens camera market.”

The EOS R5 specifications previously confirmed by Canon include:
• The EOS R5 offers a step-change in performance with an incredible 12fps using the mechanical shutter and the electronic shutter offering 20fps
• The EOS R5 takes Canon’s cutting-edge image stabilisation technology to the next level, by including a newly Canon-developed, in-camera image stabilisation system – which works in combination with the lens stabilisation system
• With content delivery just as important as image and video capture, the EOS R5 supports automatic transfer of image files from the device to the image.canon cloud platform3
• The highly anticipated EOS R5 will feature dual card slots
• Upon launch, the Canon EOS R5 will also be supported by Canon Australia’s 5-year warranty when purchased from an authorised local dealer4.

Join the Canon Camera Users Group to share your Canon photography, ask and answer questions that arise and help each others!